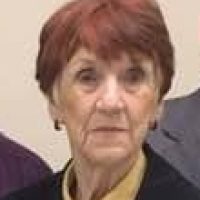 Memorial Service for Paquita J. Sutton, 77, of Muldrow, Oklahoma will be at 2:00 PM on Wednesday, June 1, 2022 at First Baptist Church in Muldrow, Oklahoma. Cremation is under the direction of Agent Mallory Martin Funeral Service, Inc.

Memorial Service for Paquita J. Sutton, 77, of Muldrow, Oklahoma will be at 2:00 PM on Wednesday, June 1, 2022 at First Baptist Church in Muldrow, Oklahoma. Cremation is under the direction of Agent Mallory Martin Funeral Service, Inc.

Paquita J. Sutton, 77, of Muldrow, Oklahoma passed away Friday, May 27, 2022 after a long and courageous battle with cancer. Paquita was preceded in death by her parents, Edgar C. Davis and Lois (Jones) Davis, her husband, Wayne Sutton, one son, Jason Sutton, one granddaughter, Ashley Sutton, all of Muldrow, OK and one sister-in-law, Carolyn Davis of Roland, OK.

Paquita loved her home town of Muldrow and that love inspired her to lead many community wide activities. She was instrumental in organizing and leading a community group known as “The Women of History.” This group of approximately twenty-five ladies, portrayed in costumes of the period of many of our Nation’s leading women. They performed songs at the State capitol for the Governor, and in Washington D.C. at the White House.

Paquita’s close ties with the Nashville, TN music community enabled her to promote and secure several fund raising activities for the Town of Muldrow. Including an out-of-doors concert coordinated through the Muldrow Volunteer Fire Department. The money from these activities became the seed money for what is now the Splash Pad at the City Park.

She also led a charity fund raising activity at the Civic Center in Fort Smith, AR for a young man severely injured in a motorcycle accident. The performers that night included: Barbara Mandrell, Grandpa Jones, Joe and Rose Maphis with whom she maintained a close personal relationship for nearly 50 years.