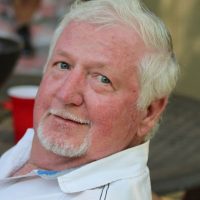 Cremation services for Perry Anthony Latta, 73 of Stilwell, Oklahoma will be under the direction of Agent Mallory Martin Funeral Service, Inc.

Cremation services for Perry Anthony Latta, 73 of Stilwell Oklahoma will be under the direction of Agent Mallory Martin Funeral Service, Inc.

Mr. Latta woked as a mechanic for most of his adult life and was owner/operator of Latta’s Auto Repair. He drove a school bus for Cave Springs School and an egg truck for Tyson.

He loved working with wood, making bowls and vases. Perry was loved and considered a good friend to everyone he knew. He was easy to get to know and loved to be around people. His children and grandchildren were the center of his world and he loved them dearly

wife: Shirley of the home;

He was preceded in death by his parents: Fate and Phyllis Latta and Dallas and Thelma Edwards, 1 sister: Norma Smith and 1 brother: Marion Edwards.