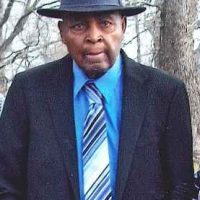 Honorary Pallbearer will be Jack Mosley.

Viewing will be Wednesday 10am – 8pm at Agent Mallory Martin Chapel in Muldrow, Oklahoma.

Services will be at 10:00am on November 30, 2017 at Agent Mallory Martin Chapel in Muldrow, Oklahoma.

Raymond Taylor, Jr., was born April 15, 1923 in Wewoka, Oklahoma the son of Raymond Taylor, Sr. and Everma (Byrd) Taylor. He was married to Ora Bell flurry on February 21, 1950 in Crawford County, Arkansas. She preceded him in death on March 16, 2014. He was a U.S. Army Veteran of WWII, retired from ACME Brick, and was an avid farmer. He passed away on this earth to be with our Lord and Saviour on November 23, 2017 at home in Redland, Oklahoma.

A host of nieces, nephews, and other relatives and friends