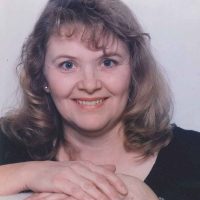 Services will be at 11:00am on November 16, 2017 at Akins Cemetery in Akins, Oklahoma under the direction of Agent Mallory Martin Funeral Service, Inc..

Rev. Laura Denise Freeman , 59 of Sallisaw, Oklahoma passed away on November 13, 2017 in Ft. Smith, Arkansas. She was born on March 18, 1958 in Dinuba, California to Ella Mae (Edwards) Wilson and Erby Ulysess Wilson. She was married to Randy Freeman Sr. on March 27, 1976 in Orosi, California. She was an ordained minister and of the Pentecostal faith.

She leaves to mourn:

She was preceded in death by 1 Granddaughter, Cadence Robey; her parents; 2 sisters, Phyllis Brown and Sue McCracken