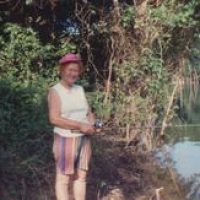 Viewing will be Tuesday 10 am – 8 pm at Agent Mallory Martin Funeral Home in Sallisaw.

2 sons and 1 daughter in law: Eddie and JoAnn Wildcat of Vian, OK and Walter “Gabonnie” Wildcat of Sallisaw, OK