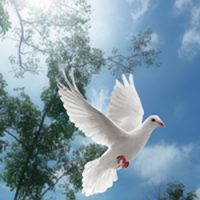 Cremation Service for Shirley (Harris) Latta, 74 of Stilwell, Oklahoma is under the direction of Agent Mallory Martin Funeral Service, Inc.

Cremation Service for Shirley (Harris) Latta, 74 of Stilwell, Oklahoma is under the direction of Agent Mallory Martin Funeral Service, Inc.

She was born on June 25, 1948 in Siloam Springs, Arkansas to Barbara Oleta (Gray) Harris and William Edward Harris and passed away on September 2, 2022 in Bunch, Oklahoma. She was married to Perry Anthony Latta on October 27, 1965 in Bunch, Oklahoma. He preceded her in death on November 13, 2019. She was retired from Cherokee Nation Industries as an Inspector and was of the Christian faith.

and several other relatives and friends.

She was preceded in death by her parents; one sister, Wanda; and two brothers, Raymond and Thomas.