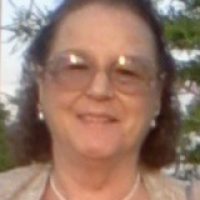 Thelma was of the Baptist faith and was a loving wife and mother. She was supportive of her husband and took great joy in being with her family. Thelma was well known for standing up for what she believed in. She could be a real “spitfire” (as one of her nurses in the hospital called her) and her daughters agreed. However, she was generous, graceful, and accommodated many in need.

Thelma’s life history involves her working hard early on in life, starting with the fruit fields as a young child and through-out her teenage years. She even brought her children back to do the same when she was in her twenties. She then spent much time working in the foodservice industry in multiple capacities. She also worked in the local factories for many years in both Arkansas and Oklahoma. She also pursued an education in the direction of the secretarial field. She completed Tulsa Barber College and had a career as a barber before relocating back to Sallisaw with her husband, Frank, at which time she enjoyed sewing and cooking. Thelma was also known for helping and hosting many friends and family members on a fairly regular basis and she remained in Sallisaw until her newly-fought battle with Alzheimers finally came to an end. She will be missed very much.

To anyone wishing to leave flowers, gifts, or food, it is requested that such be left in the care of Agent & Mallory Martin Funeral Home in Sallisaw, Oklahoma.