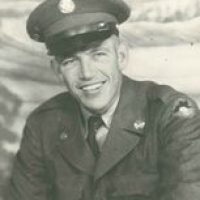 Vearl Dean Rogers, 82, of Sallisaw, Oklahoma, passed away Sunday, July 23, 2017 in Sallisaw, Oklahoma. He was born February 25, 1935 in Bluff, Oklahoma the son of Earl and Geneva (Taylor) Rogers. He was married to Jackie Asbill on July 19, 1961 in Stilwell, Oklahoma. Mr. Rogers worked for St. Clair Lime Company, was a U.S. Army Veteran, and a member of Blunt Baptist Church.

Wife of 56 years: Jackie of the home

Sons: Boyce Rogers, Michael Rogers and Sharon, and Ashley Rogers and Laura, all of Sallisaw, OK

Many nieces, nephews, cousins, and friends

He was preceded in death by his parents, Earl and Geneva Rogers; 3 brothers, Garlen, Arlen, and Marchel Rogers;
2 sisters and 1 brother in law: Velma Boyd and Daniel and Christine Bordelon