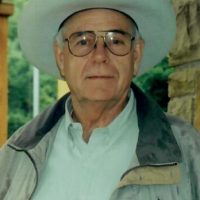 Funeral service for Waylon Max Nimmo will be Friday, August 31, 2018 at 10 am at First United Methodist Church in Sallisaw, Oklahoma. Burial will follow at Sallisaw City Cemetery under the direction of Agent Mallory Martin Funeral Service, Inc,

Waylon Max Nimmo was born on March 27, 1940 in Sallisaw, Oklahoma the son of Ernest Nimmo, Sr. and Dora (Hood) Nimmo. He passed on August 28, 2018 in Sallisaw. He succumbed to complications after a lengthy battle with ALS.

Max graduated college with a Bachelors in Biology/Chemistry from Union College in Lincoln, Nebraska in 1964. He was an entrepreneur, an educator, janitorial worker, financial consultant, cattle broker, oil and gas operator, and construction bulk fuel retailer. Throughout his life, cattle and horses were his strongest interest. He was privileged to enjoy showing cutting horses for several years. He was married to Virginia “Bunny” Stites on June 27, 2002 in Las Vegas, Nevada. Max and Bunny enjoyed many years together operating Basin Oil and the Ranch. Max was a member of First United Methodist Church in Sallisaw.

Wife: Virginia “Bunny” of the home

5 Grandsons: Ike Nimmo of Cleburne, TX, Seth Stites of Gravette, AR, Will Stites of Ft. Smith, AR, and Nick and Nate Stites both of Sallisaw, OK

Funeral service will be Friday, August 31, 2018 at 10 am at First United Methodist Church in Sallisaw, Oklahoma. Burial will follow at Sallisaw City Cemetery under the direction of Agent Mallory Martin Funeral Service, Inc.

Viewing will be Thursday 10 am – 8 pm at Agent Mallory Martin Funeral Home in Sallisaw. The family will greet Thursday from 6 – 8 pm at the funeral home.