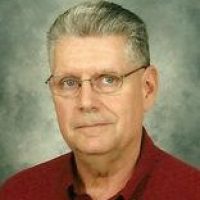 Bill spent the first 14 years of his life residing in Sallisaw and living a wonderful life. As kids, he and his friends would play ball, camp out, fish, trap, catch bull frogs, hunt, and, against the approval of his parents, go swimming in the strip pits.

Midway through Bill’s freshman year of high school, he was moved from the place he loved to a new and strange town of Tahlequah. As traumatizing as he thought it would be, it turned out to not be too bad. He met new friends and found new places to camp out, hunt, canoe and fish.

Bill had always dreamed of being in the Oklahoma Highway Patrol. After completing two years of college, Bill enlisted in the Army and was assigned to Torii Station in Okinawa, Japan, where he worked in military intelligence. After serving his country, Bill returned to Oklahoma and continued to work toward his dream. Following two years of service to the Tahlequah Police Department, Bill received the call that he was hired and was told to report to the 38th Oklahoma Highway Patrol Academy.

Bill retired in 2012, after 32 years with the Highway Patrol. However, Bill was not one to enjoy a lazy retirement, so he took over the law enforcement division of the Oklahoma Scenic Rivers Commission in Tahlequah and remained there until his second retirement. In all, Bill devoted 41 years of his life to law enforcement service.

Bill is survived by his daughters, Patricia Ann Stubbs and husband David of Carrollton, TX; Marcinda Lynn Myers and husband Brad of Wichita, KS; and Lyndsay Rasmussen of Ft. Smith, AR; and his son, Kenny Knight and wife Andrea, of Sallisaw; Six grandchildren: Kassidy Myers, Haley Myers, Alex Stubbs, Autumn Stubbs, Jillian Rasmussen, and Zurri Knight; One brother, Mark Dewayne James, and his wife Brandi, of Sallisaw.  In addition, Bill is survived by his aunt, who he had a very special relationship with and always considered to be more like a sister, Francis Marie (Woods) Bewley, and her husband Nelson, of Sallisaw.

Bill was preceded in death by his parents Ken & Helen James; paternal grandmother, Hazel James; maternal grandparents, Henry and Modene Woods; loving great-grandparents Frank and Josie Steely; and one of the best aunts anyone could ask for, JoEllen (Woods) Armstrong Fletcher.

Bill said the hardest part of departing this life was leaving behind the special person the Lord led him to at Sallisaw, First Baptist Church. She was sitting at the opposite end of the pew when Bill realized that it was the little girl who lived across the street when they were children. After he was able to get the
courage to talk to her, they really hit it off. That sweet little girl, his angel and wife, Cynthia Ann (Lovern) Rogers made the last 7 years of Bill’s the best. When he was diagnosed with AML (Acute Myeloid Leukemia), Cindy stood beside him around the clock, both at home and 40 straight days in an OKC hospital. She knows it, but Bill wanted the world to know that he loved her with all his heart.