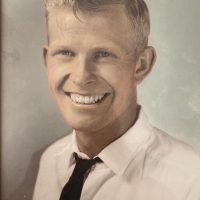 Born July 21, 1941 in Clayton, New Mexico to Carrol and Ruth (Davis) Simpson, he was youngest of four and raised in the Dry Cimarron Valley. He proudly served in the US Army where he was stationed in Germany. After being discharged with honors, he eventually found his calling as a Long Haul Truck Driver which matched his traveling spirit and cantankerous personality.

Bill and Anona met in Oklahoma City. Together, they moved to Sallisaw, Oklahoma, marrying on July 30, 1984. They would make this their home for the remainder of their days. Bill loved gardening, his family and his pets. He was a member of New Vision Ministries.

A Funeral Service will be held at 10:00 am on Thursday, May 21st at Agent Mallory Martin Chapel in Sallisaw, O.K.