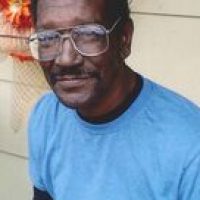 He was preceded in death by his parents, William McKinley Hill, Sr. and Ruby Lee (Johnsons) Williams